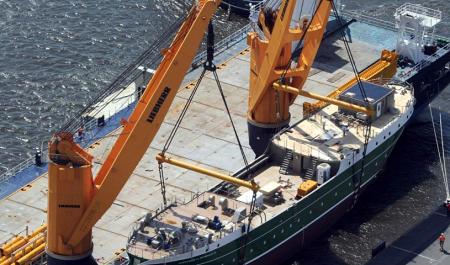 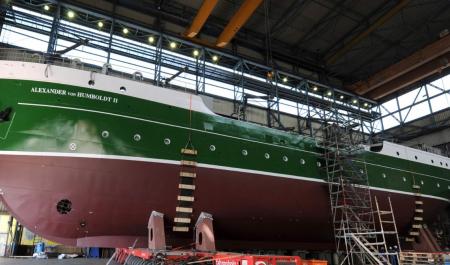 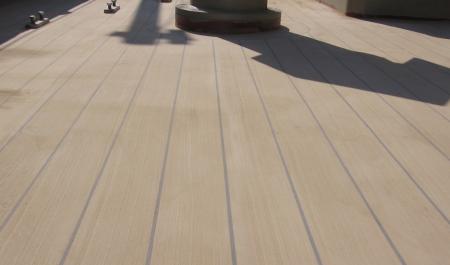 "Alexander von Humboldt II" is a German sailing ship, built as replacement for the 1906 training ship "Alexander von Humboldt" (also known as ship with the green sails). She was built by "Brenn- und Verformtechnik, Bremen" (BVT) and launched in 2011 for owner DSST. DSST offers sail training for persons between 15 and 75 years of age

GTF Freese supplied and installed TEFROTEAK® (synthetic teak covering) on all exterior decks of the ship. Due to the owner's requirements regarding noise reduction, the shipyard chose TEFROTEX® VISCOELASTIC as underlay for the TEFROTEAK® deck.

After a voyage lasting several months, the "Alexander von Humboldt II" returned to Bremerhaven in April 2012. All outside deck areas covered with our TEFROTEAK® synthetic teak covering have passed the test. The high traffic areas, which were exposed to heavy demands from the crew’s activities, are still in excellent condition. The soundproofing properties of the TEFROTEAK® covering also came through with flying colours and protect the cabins located beneath the outside deck areas. The crew were therefore able to get some rest even when heavy work was being carried out on the outside decks.